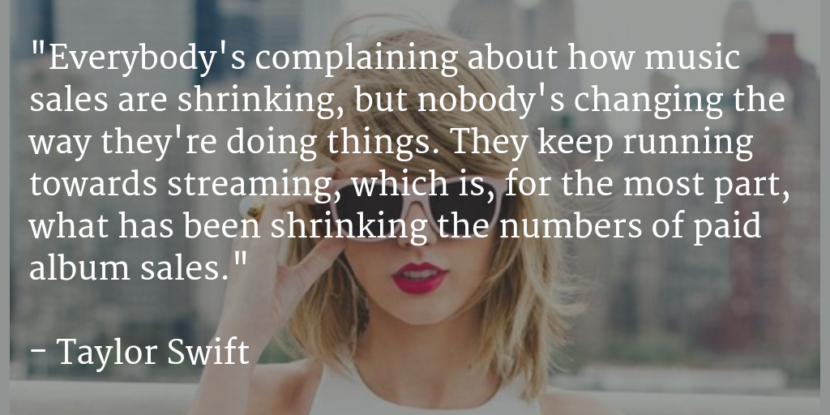 This week marks the launch of Apple Music and it’s an exciting time for the music industry. Streaming has long been a major part of what we perceive to be the future of the industry but we are only really starting to see heightened visibility on a national (even global) scale through recent coverage in the press and the introduction of the largest retailer of digital music to the streaming market; Apple.
The launch of Apple Music was watched by Apple devotees and industry insiders alike amidst rumours of an ‘imminent’ launch ever since Apple acquired Dr. Dre’s Beats streaming service back in May 2014 for a reported $3 billion. Apple announced Apple Music at their WWDC 2015 conference in June but what was more intriguing than the initial launch was the dialogue that followed between Taylor Swift and Apples’ Senior Vice President of Internet Software and Services Music Eddy Cue. Was it the greatest marketing ploy streaming has seen or just a happy accident? 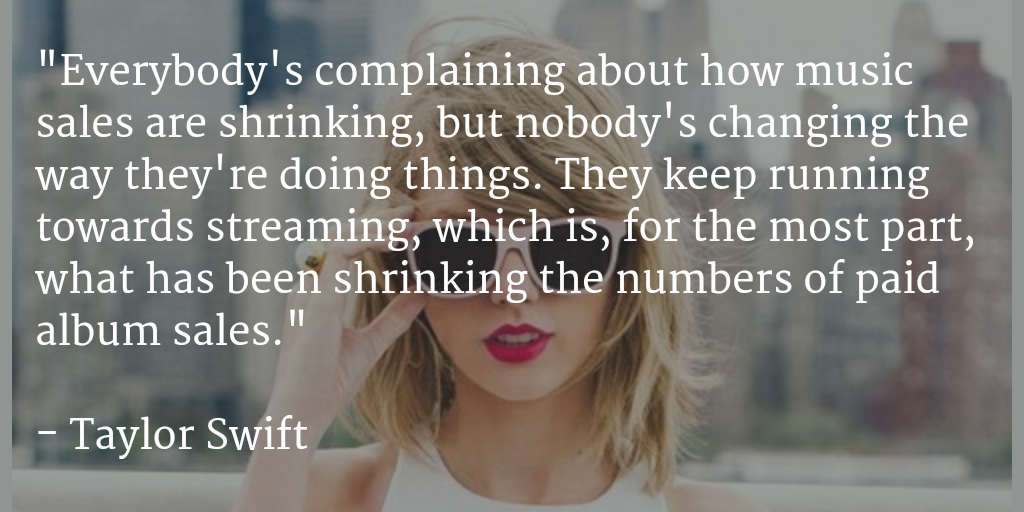 It had been well publicised that Apple would not be paying artists for the initial 3 month trial period of the new service. Feeling this was unjust Swift took to her blog writing an open letter to Apple. In the letter she claimed “This is not about me” but instead about supporting up and coming independent artists, or in her own words…

“This is about the new artist or band that has just released their first single and will not be paid for its success. This is about the young songwriter who just got his or her first cut and thought that the royalties from that would get them out of debt. This is about the producer who works tirelessly to innovate and create, just like the innovators and creators at Apple are pioneering in their field…but will not get paid for a quarter of a year’s worth of plays on his or her songs.”
The blog post was published on Sunday 21st June and was replied to later that day by Cue on Twitter. In the exchange Cue backed out of the agreement at a speed that would suggest no form of internal discussion where had, tweeting “We hear you @taylorswift13 and indie artists…” and “#AppleMusic will pay artist for streaming, even during customer’s free trial period”. Either that or perhaps discussions were already being had to change the agreement and a wave of heightened awareness was being ridden.
Although the speed of the response and u-turn in agreement started to raise alarm bells it has recently been confirmed that Swift’s new album ‘1989’ will appear on Apple Music. While in isolation this seems like no huge story what makes it particularly interesting is that the record has been windowed from large streaming services with a freemium tier (most notably Spotify) since launch.
Speaking about Spotify in an interview with Time magazine prior to the announcement of Apple Music Swift said, “I’m always up for trying something. And I tried it and I didn’t like the way it felt. I think there should be an inherent value placed on art.
“I didn’t see that happening, perception-wise, when I put my music on Spotify. Everybody’s complaining about how music sales are shrinking, but nobody’s changing the way they’re doing things. They keep running towards streaming, which is, for the most part, what has been shrinking the numbers of paid album sales.
“With Beats Music and Rhapsody you have to pay for a premium package in order to access my albums. And that places a perception of value on what I’ve created. On Spotify, they don’t have any settings, or any kind of qualifications for who gets what music. I think that people should feel that there is a value to what musicians have created, and that’s that.”
Would this idea behind a free level of access not tar Apple Music with the same brush as Spotify? It has been reported that Apple Music may pay less than Spotify and Swift is seemingly happy to have her whole catalogue on the largest freemium video service; YouTube. Could this not be seen as double standards?
Whatever way you look at it the next 3 months mark an important and very interesting time for the music industry and its artists. Regardless of your view on the exchange and weather it was a very well thought out marketing exercise or not, one thing is clear, before nobody was talking about Swift’s new album ‘1989’ or Apple Music and now everyone is talking about both!