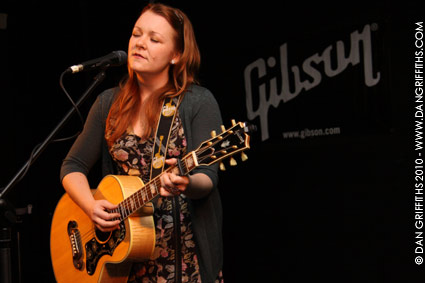 I took this picture of Audra Mae earlier this evening at the Gibson studios. You can see more images from the evening can be seen in the gallery. Audra has recently performed as part of Chuck Ragan’s Revival Tour which Frank Turner also played a part of.

The 25-year-old Oklahoma singer/songwriter has written a song called ‘Who I Was Born to Be’ which is the only original song to feature on ‘Britain’s Got Talent runner-up Susan Boyle’s debut album ‘I Dreamed a Dream’.