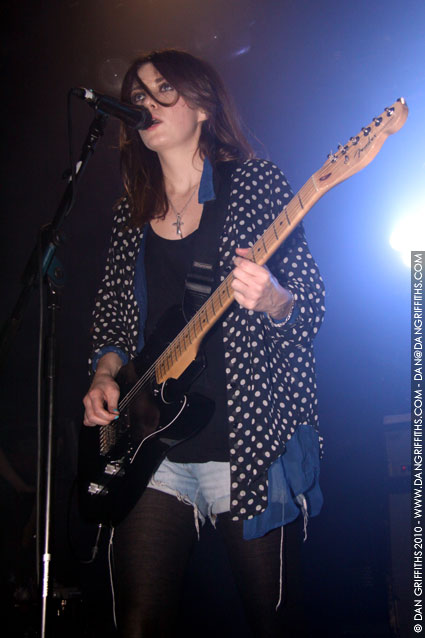 These shots of Brighton’s Blood Red Shoes were taken earlier this evening at the Electric Ballroom in Camden. It was a particularly hard gig to shoot with the stage being filled with dry ice, band being backlit (often by a strobe) and “first 3 no flash”. After ten years in photography I still don’t understand why the flash rule applies, especially when the band are using a strobe and 99% of bands would not care if you were using it (and I’m sure this would include BRS). Anyway, I managed to get away with a few half-decent shots ignoring the flash rule but also dodging the side of the bouncers at the same time! Click on the images to lunch a slideshow.

Consisting of Steven Ansell and Laura-Mary Carter, Blood Red Shoes formed in late 2004 after their previous bands (Cat On Form and Lady Muck respectively) had broken up. In an interview in Berlin, Laura-Mary explained that the band’s name was taken from a Ginger Rogers/Fred Astaire musical, in which Ginger Rogers had turned a pair of white dancing shoes red with blood due to the amount of dancing she had done practising for the role. The band cite a large swathe of US-based underground punk and rock music as their primary influence, drawing inspiration from Babes in Toyland, Nirvana, Queens of the Stone Age, Q and not U, Pixies, Fugazi and Sonic Youth, although they also regularly highlight English artists Blur and PJ Harvey as music heroes. The band have release two albums 2008’s ‘Box of Secrets’ and 2010 ‘Fire Like This’. 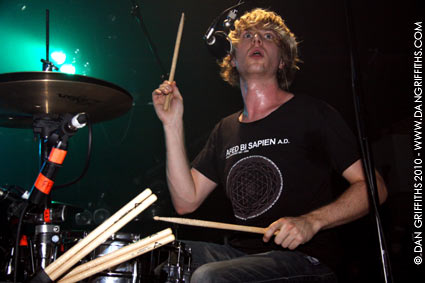