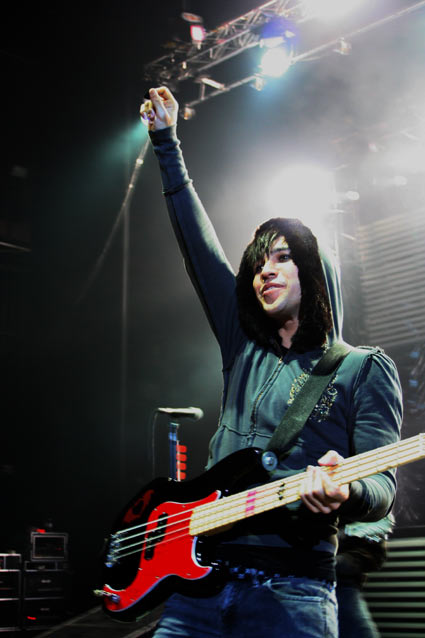 These shots Fall Out Boy were taken tonight at the Hammersmith Apollo. It has to be said the rules set out for photographers tonight were the strangest I have ever experinced at a show. I arrived at 7.30pm to photograph the support and was told that I could not enter the venue until the headline band were onstage (9.30pm). After arriving to photograph the band later we were not only thrown out of the photo pit as expected, but the entire venue!