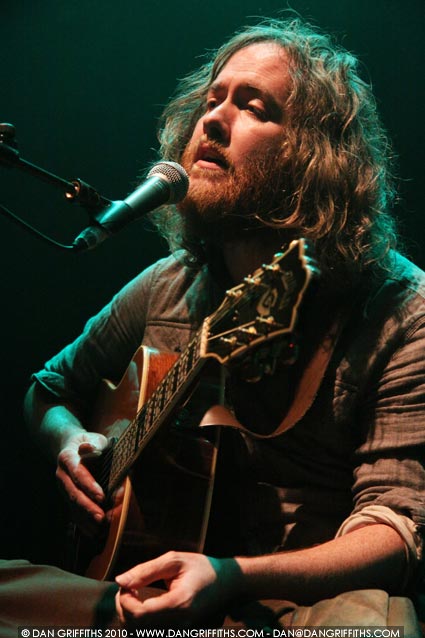 Here’s a photograph of Midlake which I took earlier this evening at the Roundhouse in Camden, London. Midlake’s sets are know for being their low lighting and this was not exception. It was good fun though and the band sounded great. Click the image above to open a flash slideshow of images from their set.

Midlake was formed in 1999 by a group of jazz students at the University of North Texas. Their debut full-length album, 2004’s ‘Bamnan and Slivercork’, was recorded at home in Denton, Texas and mastered at Abbey Road Studios. It showed a move in the direction of lo-fi psychedelic electronica, embracing influences such as Grandaddy and The Flaming Lips.

In 2006, after nearly a year-and-a-half of recording and re-recording, they completed their second release for Bella Union, The Trials of Van Occupanther. The album was a venture into classic-rock revivalism, with a sound reminiscent of Bob Welch-era Fleetwood Mac. In February 2010 the band released their third full length album ‘The Courage of Others’, which gained “album of the month” in Mojo.