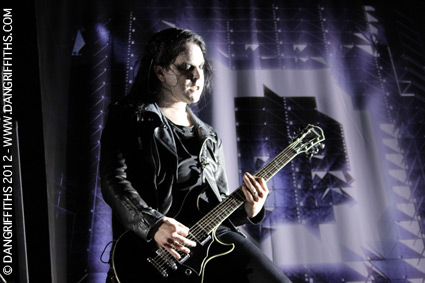 Here is a shot of Death Stars from their performance supporting Rammstien at the O2 Arena in London on the 24th February. I would of liked to have posted some shots of Rammstien but the contact the band and their management make you sign before you get to photograph the band ties the images down so much that you can’t use them for anything other their intended purpose, so I guess you will have to wait until they appear in print! To see more images of Death Stars click the image above.