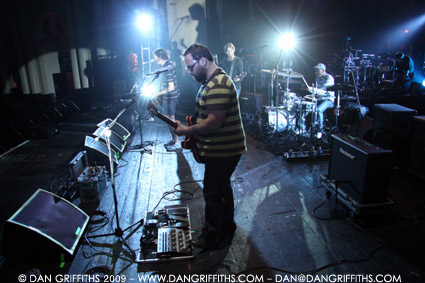 Yesterday I was luck enough to do some shots of Rival Schools during their soundcheck at Brixton Academy. The band were opening for The Offspring in fornt of a sold out crowd. In my opinion their record ‘United By Fate’ is one of the greatest records of the last decade and definitely one of the greatest debut albums so it was a privilege to be able to have the opportunity. The band were thoroughly nice guys too. They played a few new songs at the show which sounded great and I’m really looking forward to seeing what they come up with next!

View it Large on Black by clicking on the image.