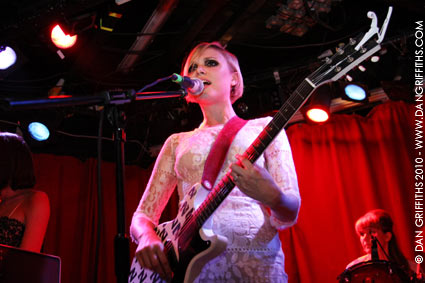 Last night I was taking pictures of The Like at a secret gig. So secret infact that I was told the wrong venue and only made it to the venue just as the band came onstage. The show turned out to be at Madame JoJo’s and was a warm up for the band’s performance at the Reading and Leeds festivals this weekend. You can see a slideshow of images from the night by clicking on either of the images.

Hailing from Los Angeles, California The Like went to Brooklyn, New York to record their second album. They worked with producer Mark Ronson, as well as various members of Sharon Jones & The Dap-Kings. Departing from the sound of their first album, the band was inspired by the music of classic girl groups, British invasion acts, and 1960s female songwriters. Downtown Records released the album, entitled Release Me, on June 15, 2010. 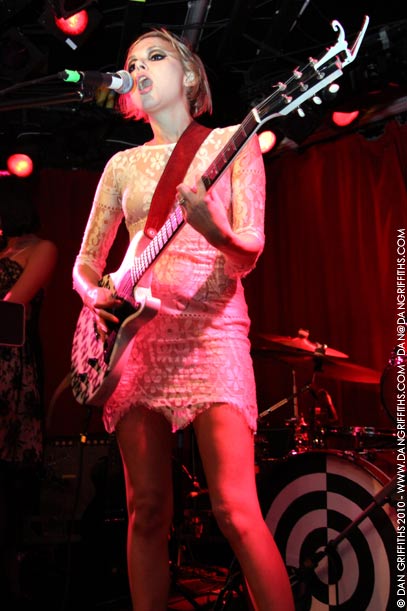