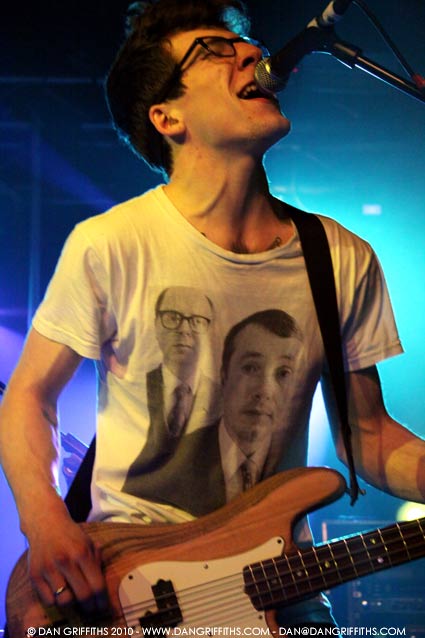 This photo of Jordan from The Xcerts was taken at the band’s Fightstar support show in London. The band were main support for the entire tour and this was the final date. The band have now headed off to Long Island where they are to record their second record with Mike Sapone who has produced all of Brand New’s records to date.

When trying to enter the photo pit for Fightstar’s performance I was told it was “too full”! Definitely one of the strangest comments I have heard from a bouncer at a club show so I did not shoot the band. I have understood it if we were at Glastonbury festival!