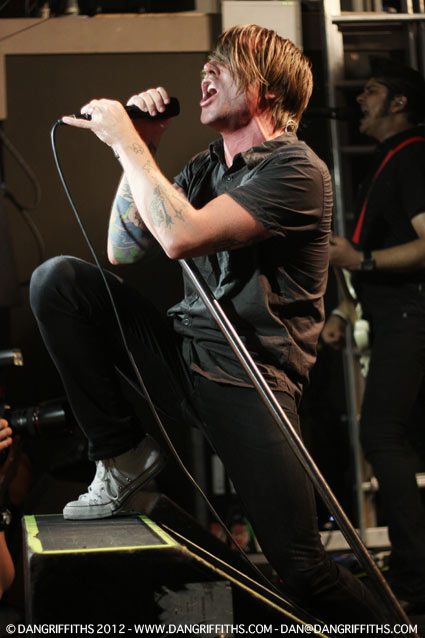 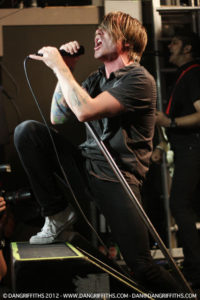 Here’s a shot I took a few weeks ago when Billy Talent performed at the Garage in Highbury, London. I decided that I would try something a little different and shot the show with my new 50mm lens which I managed to get away with as the stage was small. You can see more images from the night by clicking the shot above.

Billy Talent is a Canadian melodic punk rock band from Toronto. They formed in 1993 with Ben Kowalewicz as the lead vocalist, Ian D’Sa on lead guitar, bassist Jon Gallant and drummer Aaron Solowoniuk.The band existed for almost a decade before mainstream success. The members met and played in Our Lady of Mount Carmel Secondary School under the name Pezz and remained underground in Toronto’s indie music scene until 2001. The band renamed itself Billy Talent after running into legal trouble with the old name. It was then that Kowalewicz’s connection with an employee of Warner Music Canada’s A&R department landed the band a record deal and launched them into mainstream success.

Since then, Billy Talent has made two multi-platinum records in Canada, and continues to expand their success overseas, this included touring for 20 months supporting their third album. The band’s fifth studio album, entitled ‘Dead Silence’, was released earlier this month.