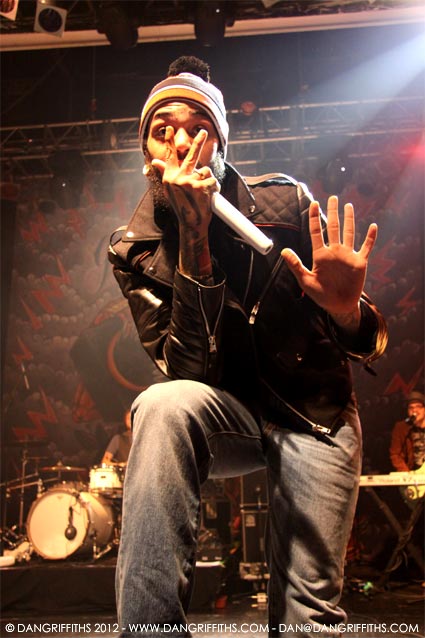 On Monday night I was at Gym Class Heroes at KOKO in Camden for my first music photography outing of 2012. The band were very animated which made them good fun to shoot. For more images please click the shots above and below to launch a Flash slideshow.

The group formed when Travie McCoy met drummer Matt McGinley in high school and decided to form a band. After the addition of guitarist Disashi Lumumba-Kasongo and bassist Eric Roberts, the group was signed to Fueled by Ramen and Decaydance Records (Fall Out Boy bassist Pete Wentz’s independent record label), on which they released their debut album, The Papercut Chronicles. In 2006, the group released the gold-selling album As Cruel as School Children. 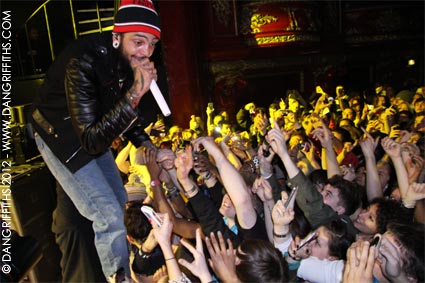