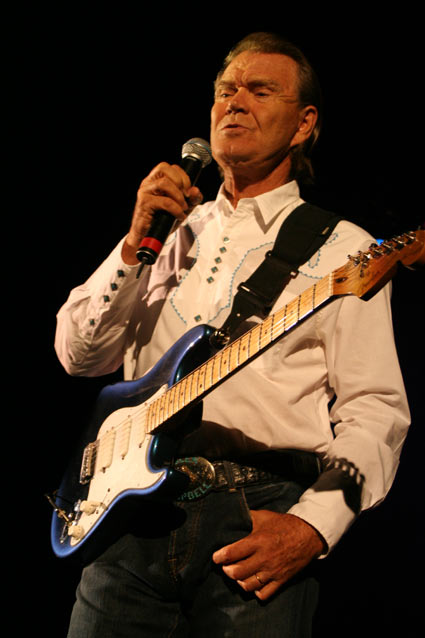 Last night I went to see Glen Campbell at the Hammersmith Apollo which is where these shots were taken. Shortly after the first song I was abandoned by all of the photographers that were on my side of the stage. I though that they knew something that I didn’t however much to my surprise for the following two songs Glen proceeded to play a solo and smile down the lens of my camera like he was playing a joke of the other photographers on the other side of the stage!